Automation Prospects in the
Year of Coronavirus 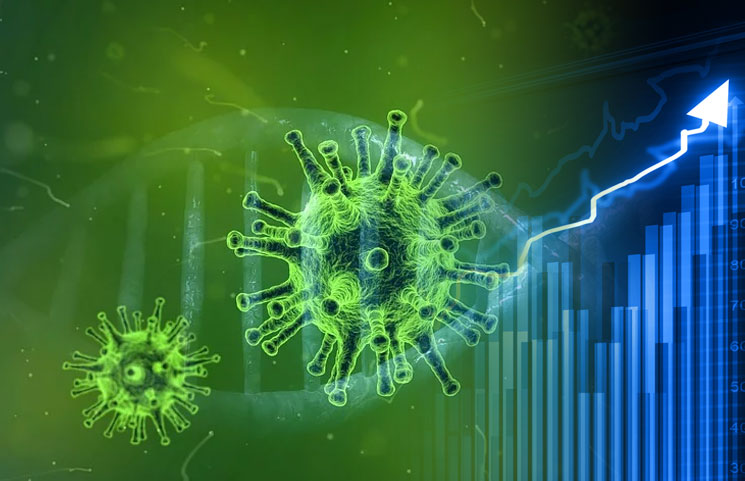 Automation Prospects in the
Year of Coronavirus

In early March I was interviewed by two magazines. One was interested in the progress of automation; the other on the impact of coronavirus on adoption of automation technologies. Magazines very rarely publish the full interviews, so here are the long, unedited versions of those two discussions.

1) What do you see as the impact of the coronavirus pandemic on automation prospects?

LW: “I think a lot of organisations are going to run into financial problems. This is because their business models have not been built to be resilient in the face of a pandemic whose adverse impact, globally, across sectors, on supply chains and on financial systems may well continue for a year or more. One result might be a greater take-up of the simpler and cheaper forms of automation, especially RPA, in order to do business with fewer staff, or at least cut the costs of doing business. That objective will have a new urgency. I think the businesses that have not been early adopters may slow their investments into more advanced forms of automation, unless they are driven by real crises and have senior executives who see further automation as the way out. On the other hand, the 20 percent of adopters whom we have identified as leaders, have placed themselves in a better position, already, to deal with the crisis, and should build on the momentum they already have to push themselves further ahead on automation, thus widening the gap relative to their competitors. But there is a caveat to all this which is: with everything else these organisations are going to have to deal with, so many demands and ‘fires’ elsewhere, will they have enough resources, attention and management commitment to prioritise something new like automation at all? In the 2008–2009 financial crisis ‘sweating the assets’—i.e. making what you have already work much harder—was a widespread response. Also reinvesting the money allocated for new technologies to places where it was needed more urgently, or delaying those investments by at least 12 months. In that crisis many organisations stopped investing in technology infrastructure for several years. All these are likely plausible responses this time. ”

2) So what do you think businesses should be doing over the next 12 months?

LW: “They only have so many levers to pull when it comes to reducing the costs of doing business, which has to be a prime target. Shared services are a prime example where centralisation; standardisation; process optimization; and digitisation have been effective, and more intensive efforts along these lines will be one way forward. But automation does provide a fifth lever, so building capability to harness the simpler forms—especially RPA—and connecting cognitive technologies to augment process and business performance as the opportunities arise provides an evolutionary, pragmatic way forward. I say this because the superior multiple business benefits from such an approach compared to the more costly and slower alternatives are there to be had as long as it is managed well. But businesses also need to retain customers, differentiate themselves from the competition, and build their customer base. Our research shows that automation technologies can indeed contribute to these business imperatives, if embraced and managed in as business levers (through integrating people, processes and technology) rather than technological solutions in search of business problems. A crisis such as the present one, will first induce a paralysis in decision-making across a range of investments—have no doubt about that. In the 2008–2009 crisis, that period when nothing much, happened lasted in most organisations for at least about eight months. But the present crisis could also have the effect of forcing senior managers into doing properly what they have been giving low priority to date. On our evidence, automation has become an obvious candidate for such attention.”

3) How much has process mining and automation affected office work, and how far will it go?

“Actually surprisingly little. The total market in revenues for the main RPA and cognitive automation vendors was around $US 5.4 billion. Even by 2024 the biggest estimate for market size I have found is $US 46.5 billion. This suggests that take up is much slower, and smaller, than the headlines suggest—at least for the mass of businesses. We are finding that 20 percent who get into automation tend to be forging ahead, but that leaves about 55 percent struggling, and only about 25 percent making something like headway behind the leaders. Meanwhile the RPA and cognitive technologies are improving all the time and converging into complementary usage. As I have said before, the evidence from our now 500 plus cases is it’s a slow train coming, and on one scenario the coronavirus pandemic may make it even slower!”

“Only gradually are business and government agencies getting their acts together—linking automation to digital strategy and business imperative. If you want a timeline then it’s within the next five years that we will see much greater take up and multiple business benefits. At the moment we come across many organisations low on the absorptive capacity needed to move fast and big into automation and digital technologies. There are many other issues to contend with—not least their installed technology bases. In fact most organisations are too siloed to move fast on this, and reap the real potential. When I talk at conferences I present the 'seven siloed' organisation and ask how siloed they are on a scale of 1 to10 for process, skills, structure, mind-sets, data, technology and culture. Most score 5 or over on all 7! That’s a difficult environment to make strategic headway with automation. That said, because even RPA is very under-deployed—its a generic technology that can be applied in every sector as long as the processes have the right characteristics—there are obviously major opportunities here to dramatically impact office work. But it’s not going to be net job loss but skills shifts that are going be the pain points.”

4) Companies are starting to talk about increased use of AI. Will that amplify or fundamentally change how the technology is affecting office work?

LW: "I think the technologies are impressive for specific tasks but the real payoff comes from joining up the technologies and running them as part of a digital business strategy. Also AI is being very oversold, and is a misleading umbrella term for mostly RPA connected to various forms of cognitive tools based on algorithms, image processing and natural language programming. What IS new is the enormous commuting power and memory that now backs this up. But there are limitations and vulnerabilities in the data and how the statistics are deployed to back all this up (see next month’s newsletter). I am not seeing strong AI being deployed in the vast majority of businesses globally—if you exclude the top technology companies; government defence; intelligence agencies; and possibly the dark web. But over time there will be a turning point when businesses will deploy these technologies better—I think, however, it’s going to take 5 years."

5) What are the risks that come with investing heavily in RPA? Could those be amplified by more use of AI and machine learning?

LW: "There is no doubt that the more integrated and complex the technologies, the more risk engendered. With RPA the risks are fairly straightforward. At the process level you have to have structured data and the configuration of rules works so that exceptions are thrown out for human scrutiny if processing is not occurring properly. Even so we identified 41 material risks across the lifecycle of RPA development and deployment. But only 25 percent of those risks were technical; the rest were organisational and managerial. You can follow that up, if you need to, in our book Robotic Process Automation and Risk Mitigation: The Definitive Guide. When you then start to add cognitive automation to RPA, for example, to structure data; get insight from the data ‘exhaust; and enhance data collection, then you bring in some major new risks that are inherent in a more complex technological set up. For example, how dirty is the data you are now using? One saying is that the dirty secret of big data is that nearly all data we use in business settings is dirty. Biases come with the data, and can be constructed in the algorithms. Opaqueness is another problem. Do you know, and can you check, how algorithms arrive at their recommendations? Automation tools are amoral—they have no moral compass except the ones programmed into them. Can you cover all moral hazards of machine functioning in this way? Clearly, these technologies are also hackable—they can be interfered with—and this also brings in new privacy and security problems."

"Having said all that, I think the risk is not investing in automation. I see too many automation projects underfunded; the technologies used very tactically; and insufficient organisational capability created to support more rapid and bigger scale adoption. There is quite a lot of evidence that a gap is opening up between the early adopters, who invest and behave strategically, and the rest, and, with this technology wave, that gap may well become irreversible. I am not saying that there are minimal risks in being an early adopter, or that the technology is anywhere near seamless—or likely to be. I spend a lot of time uncovering and pointing out the serious challenges these technologies can create for organisations and society alike. But if you get it right—and that is as much about process reengineering, refreshing skills and organisation, and work redesign as the prowess of the technologies—then there are clear multiple business benefits to be had, as we have found in leading organisations already."