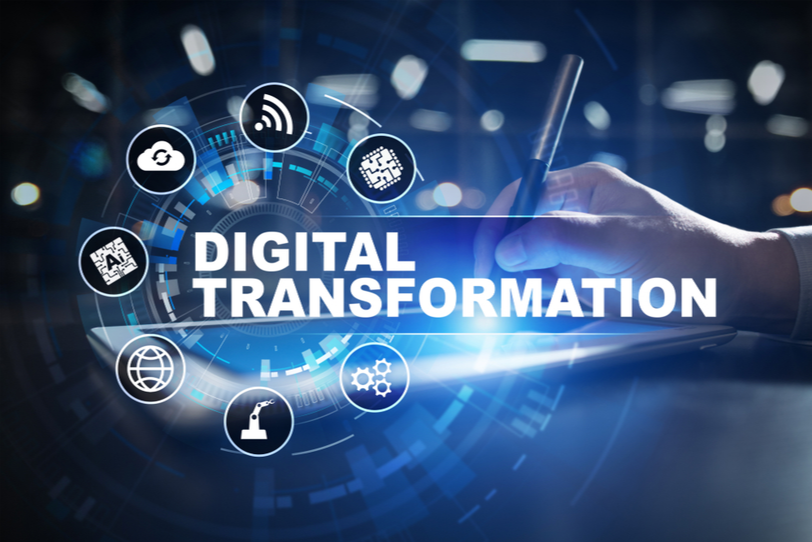 Over the next few months we are going to look beyond automation at a much trickier area that has been on everyone’s lips and minds for nearly a decade. The general view has been that the 2020–2021 pandemic has been already accelerating the adoption of automation, and moves towards digital business. There is strong evidence for this, and for the trend to continue across the 2021–2025 period. And indeed the case for these technologies has been well made by our 2020 experiences. The technology worked. It provided alternative ways of working in a crisis. It allowed a high degree of virtuality, and all the upsides to that, in a world rendered physically semi-paralysed, albeit temporarily. It would be a foundation for building resilience in the face of increasingly uncertain business environments, and future crises. But when we talk of the technology, in fact there are many emerging digital technologies. Which to bet on? My own view is that ten technologies—which I call ‘SMAC/BRAIDA’—are the most obvious candidates, and, used cobminatorially, they represent the basis for most businesses in advanced economies being digital by 2030. “That long?” I hear you ask. Yes, and next month I will go into the reasons why digital transformation is highly challenging—the failure rate up to the end of 2019 was as high as 87%. But in this newsletter I want to have a brief look at the technological foundations— the technologies that will be the most impactful. So what are the major emerging digital technologies that will impact business everywhere? My rough guide begins with Figure 1.

These are interactive computer-mediated technologies that facilitate the creation or sharing of information, ideas, career interests and other forms of expression via virtual communities and networks. Social media are interactive Web 2.0 Internet-based applications. User-generated content, or user-shared content, such as text posts or comments, digital photos or videos, and data generated through all online interactions, is the lifeblood of social media. Users create service-specific profiles and identities for the website or app that are designed and maintained by the social media organisation. Users usually access social media services via web-based technologies on desktops and laptops, or download services that offer social media functionality to their mobile devices (e.g., smartphones and tablets). As users engage with these electronic services, they create highly interactive platforms through which individuals, communities, and organisations can share, co-create, discuss, participate and modify user-generated content or self-curated content posted online.

This is used for cellular communication. Mobile technology has evolved rapidly over the past few years. Since the start of this millennium, a standard mobile device has gone from being no more than a simple two-way pager to being a mobile phone, GPS navigation device, an embedded web browser and instant messaging client, and a handheld gaming console. Many experts believe that the future of computer technology rests in mobile computing with wireless networking. Mobile computing by way of tablet computers is becoming more popular. Tablets are available on the 3G, 4G and 5G networks.

Cloud is the on-demand availability of computer system resources, especially data storage and computing power, without direct management by the user. The term is generally used to describe data centres made available to many users over the Internet. Cloud computing is usually bought on a pay per use basis from a cloud vendor, for example Amazon’s data services. Today’s large clouds often have functions distributed over multiple locations from central servers. Clouds may be limited to a single organisation (enterprise clouds) or be available to many organisations (public cloud). Cloud computing relies on sharing of resources to achieve coherence and economies of scale. The advantages of cloud computing are said to be: companies avoid or minimise up-front IT infrastructure costs; allows enterprises to get their applications up and running faster; improved manageability and less maintenance; and enables IT teams to more rapidly adjust resources to meet fluctuating and unpredictable demand. On the downside, people cite perceived insecurity especially with the public cloud, regulation compliance problems, difficulties integrating with existing IT and business processes, in-house skills shortages, contracting and pricing sometimes inflexible, and lock-in to suppliers.

A blockchain consists of a growing list of records, called blocks, which are linked using cryptography. Each block contains a cryptographic hash of the previous block, a timestamp, and transaction data. By design, a blockchain is resistant to modification of the data. It has been described as an open, distributed ledger that can record transactions between two parties efficiently and in a verifiable and permanent way. For use as a distributed ledger, a blockchain is typically managed by a peer-to-peer network collectively adhering to a protocol for inter-node communication and validating new blocks. Blockchain technology has already been used as a basis for many cryptocurrencies, and for smart contracts, in supply chains and in financial services, for example distributed ledgers in banking, and in banking settlement systems. Proponents suggest it has massive business potential, but also that will take time to have large-scale impacts.

This is an interdisciplinary branch of engineering and science that includes mechanical engineering, electronic engineering, information engineering, and computer science. Robotics deals with the design, construction, operation, and use of robots, as well as computer systems for their control, sensory feedback, and information processing. These technologies are used to develop machines that can substitute for humans and replicate human actions. Robots can be used in many situations and for lots of purposes, including in dangerous environments, manufacturing processes, and increasingly in service settings, e.g. healthcare.

My home ground! This involves software called robotic process automation (RPA), which automates simple repetitive processes by taking structured data and applying prior configured rules to produce a deterministic outcome, i.e. the correct answer. It is generically applicable to most business processes. Its limitations mean that it is increasingly complemented and augmented by cognitive automation (CA) software that can process unstructured and structured data, through algorithms (pre-built from training data) to arrive at probabilistic outcomes (see Figure 2.) For example, in one development Zurich insurance used cognitive technology to check accident claims by looking at medical records supplied by the claimant and pictures of injuries to establish the claim and how much to pay out. The process used to take a human some 59 minutes, but subsequently took less than 6 seconds, and saved dramatically on cost, time while improving accuracy. Artificial intelligence is an umbrella term used to cover all automation technologies, though the vast majority in use, as of 2021, did not match the strong definition of AI as ‘getting computers to do the sorts of things human minds can do’.

IoT represents a system of interrelated computing devices, mechanical and digital machines, including sensors, provided with unique identifiers (UIDs) and the ability to transfer data over a network without requiring human-to-human or human-to-computer interaction. The Internet of things has evolved due to the convergence of multiple technologies, real-time analytics, machine learning, commodity sensors, and embedded systems. In the consumer market, IoT is used in so-called ‘smart homes’, but have multiple uses for collecting data through sensors, for example traffic and people monitoring, creating customer intelligence, and building data for business analytics in real time. There are a number of serious concerns about dangers in the growth of IoT, especially in the areas of privacy and security, and consequently industry and governmental moves have been addressing these.

AR is an interactive experience of a real-world environment where the objects that reside in the real world are enhanced by computer-generated perceptual information, sometimes across multiple sensory modalities. The overlaid sensory information can be constructive (i.e. additive to the natural environment), or destructive (i.e. masking of the natural environment). This experience is seamlessly interwoven with the physical world such that it is perceived as an immersive aspect of the real environment. The primary value of augmented reality is the manner in which components of the digital world blend into a person's perception of the real world, not as a simple display of data, but through the integration of immersive sensations, which are perceived as natural parts of an environment.

Looking across all of the above, impressive technologies, you will quickly get a sense of their immense potential for being applied in organisations and driving business value, especially when they begin to be used, as some are already, in combination. McKinsey Global Institute has estimated that applying these technologies could add an additional $13 trillion to global GDP by 2030. But how can organisations reap the large business benefits available from these technologies? The experienced amongst you will recognise that this is not a trifling question! Such technologies are not silver bullets, fire-and-forget missiles, or plug-and-play—whatever metaphor we would want to mislead ourselves with. The answers seem to lie in having the right strategic differentiation, building distinctive organisational and technical capabilities, and competently executing digital transformation. We will look at these challenges in later newsletters.