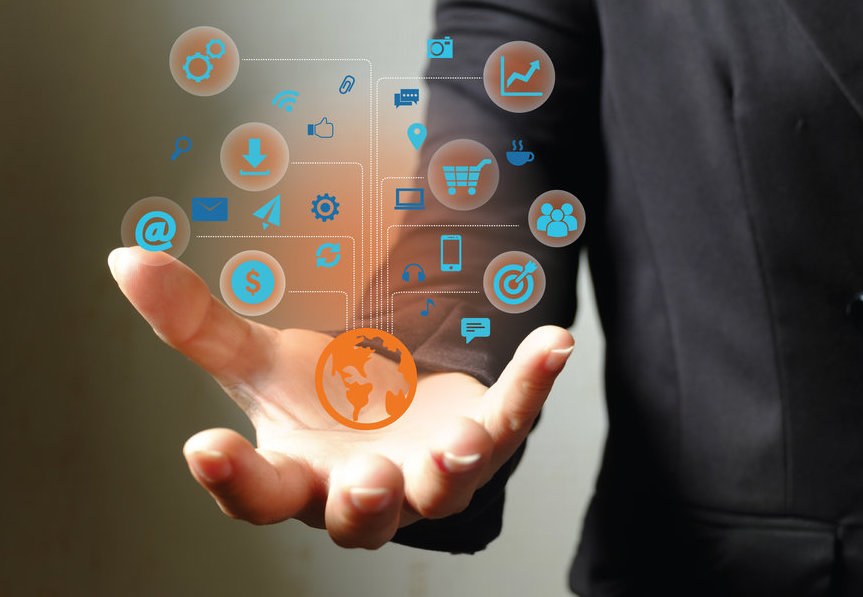 By Leslie Willcocks and Mary Lacity

In February 2018 we conducted a survey of clients attending the IAOP Outsourcing World Summit in Orlando Florida.

We asked clients to indicate the adoption stages for RPA, CA, and blockchain in their organisations. Among the clients who responded to the survey, 64 percent indicated that their organisations had already deployed RPA (see Figure 1). We have seen a scaling of RPA over the last year, with 46 percent of organisations reporting multiple, live RPA deployments. These findings resonate with our extensive case study-based research. Organisations that thought strategically about RPA and started small, to learn quickly, could scale quite rapidly. By February 2018 we were seeing a number of case studies where hundreds of software robots were running in production.

In contrast to RPA, 26 percent of client organisations had already deployed CA, which was up from the 15 percent reported last year. Thus CA adoptions are happening, but at a slower pace than RPA adoptions. Why? Our case study research finds that CA adoptions are more challenging than RPA in several ways. First, there’s the data challenge – whereas RPA dealt with tidy structured data, cognitive automation tools were often deployed on unstructured data like text, audio, and images. In order to get the CA tool to properly process unstructured data, thousands of labeled examples were needed to train the CA tool. Second, there’s the price. In general, RPA tools are less expensive than CA tools, so it’s easier to justify the business case for RPA than for CA. Third, there’s the unpredictability of outcomes. While all the logic paths of an RPA application can be tested in advance, no organization can predict, with certainly, how users will interact with a CA tool. For example, at Deakin University in Melbourne, Australia, the administrators and staff built a virtual cognitive agent to answer student queries. The university anticipated that students would most frequently ask questions about educational processes, such as how to enroll in classes. In reality, students most frequently asked for information about finding dates, finding food, and the location of course materials – in that order. 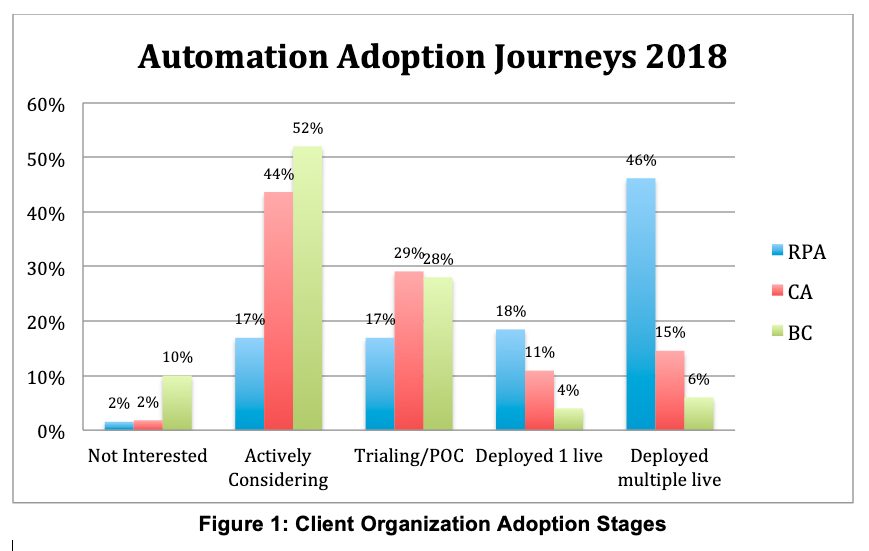 Finally, only 10 percent of respondents indicated that their organisations had already deployed blockchain technologies. Even this percentage seems high, as our research at MIT found very few live blockchain deployments. Unlike RPA and CA tools that can be deployed within a firm’s boundaries, the real value of blockchains comes from shared applications among many trading partners. The power of blockchain applications will be unleashed ‘later’, when industry partners agree on standards for inter-organizational transactions. What is most noteworthy is that over half of the clients in the IAOP survey reported that their organisations were actively considering blockchain technologies.

How much business value is being delivered? We asked clients to indicate their level of satisfaction with the business value delivered by their RPA, CA, and BC deployments. We used a seven point Likert Scale with ‘1’ indicating ‘very dissatisfied’ and a ‘7’ indicating ‘very satisfied’, with the business value delivered. Of those organisations that had deployed, the mean ratings were 5.04 for RPA (‘somewhat satisfied’), 4.33 for CA and 4.24 (‘neutral’) for blockchain. But note, there is considerable variance (see Figure 2), which resonates with our case study research. We identified over 41 risks that can derail service automation projects. The difference between delivering and failing to deliver value depends more on the management practices applied than on the tools themselves. The balance of challenge created is coming out as around 75% managerial, 25% technical. That said, RPA tools and platforms range enormously and their distinctive attributes shape what can and cannot be done, and the amount of management and technical effort needed to scale.

There are several interesting features of this listing. With both RPA and CA we found examples of organisations getting not just one or two but multiple business value payoffs. Moreover, these were not restricted to company gains only. The company could gain, not at the expense of, but at the same time as customers and employees. Thirdly, these ‘triple wins’ were much more likely if they had been built into the strategic aspirations for service automation in the first place, and if the deployments were properly resourced, stakeholder buy-in and governance had been put in place early, and technical, process and people change received requisite attention. That said, quite frequently, we are finding organisations coming across unanticipated benefits not factored into the initial business cases.

You can read more about deployments of RPA and CA, the results gained and how these are secured in our book Robotic Process and Cognitive Automation: The Next Phase - available from www.sbpublishing.org.